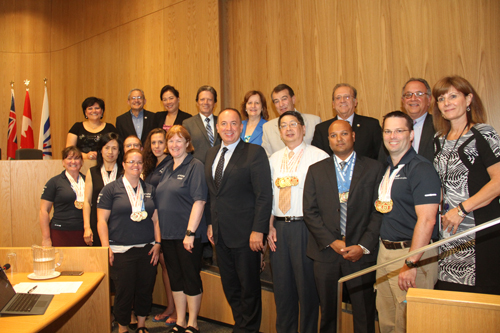 A ceremonial presentation was held at Council today to recognize Vaughan aquatic staff who, for the first time, captured the title of national champions at the 2015 Canadian Pool Lifesaving Championships.

City of Vaughan staff excelled with the Masters team returning home with a total of 35 medals – 20 gold, six silver and nine bronze.

The Juniors team of the Vaughan Lifesaving Club earned four medals at the recent provincial championships in Owen Sound.